Brown, scaly-looking patches on the trunks of Ash trees are quite likely to be Frullania dilatata. This leafy liverwort is usually brownish, sometimes green, and grows quite tightly appressed to the bark of many trees and shrubs. It has rounded leaf lobes that overlap each other, and if you prise a piece off and look underneath, you’ll see that each lobe has a smaller lobule underneath that is often described as ‘helmet-shaped’. This structure is characteristic of the genus Frullania, and the size and shape of the lobule helps to distinguish one from another.

Female shoots often produce warty perianths (the flap around the developing capsule) and a patch of Frullania dilatata is sometimes covered with these. 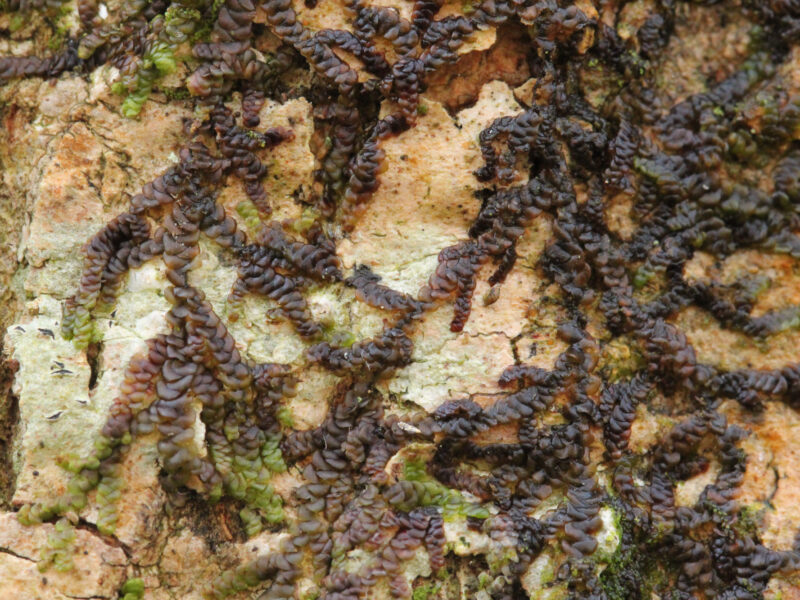 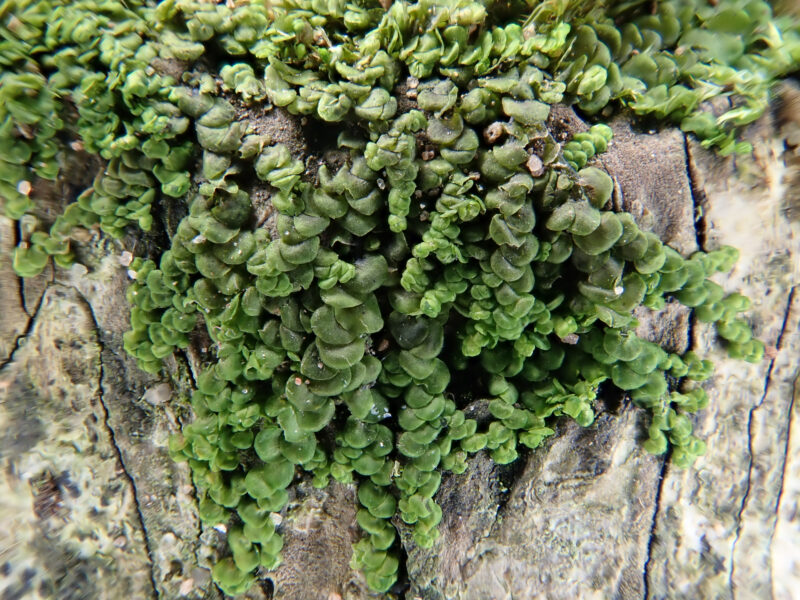 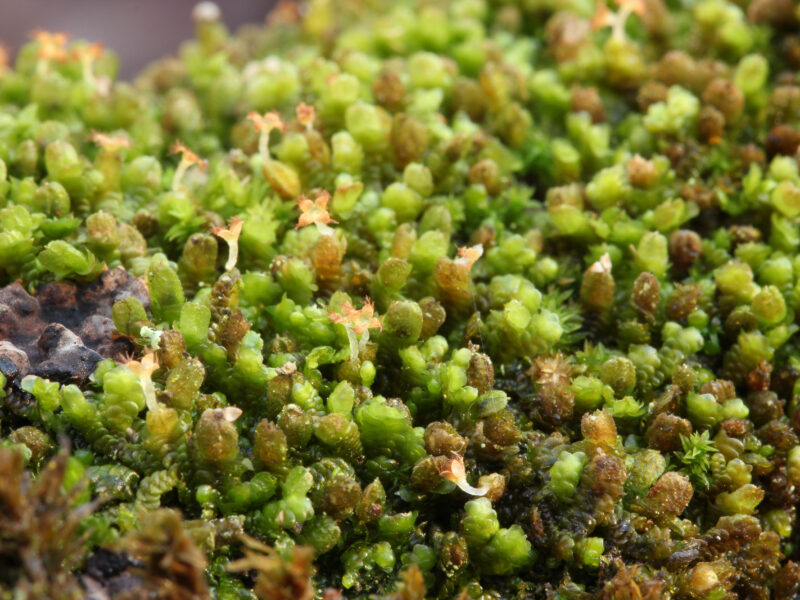 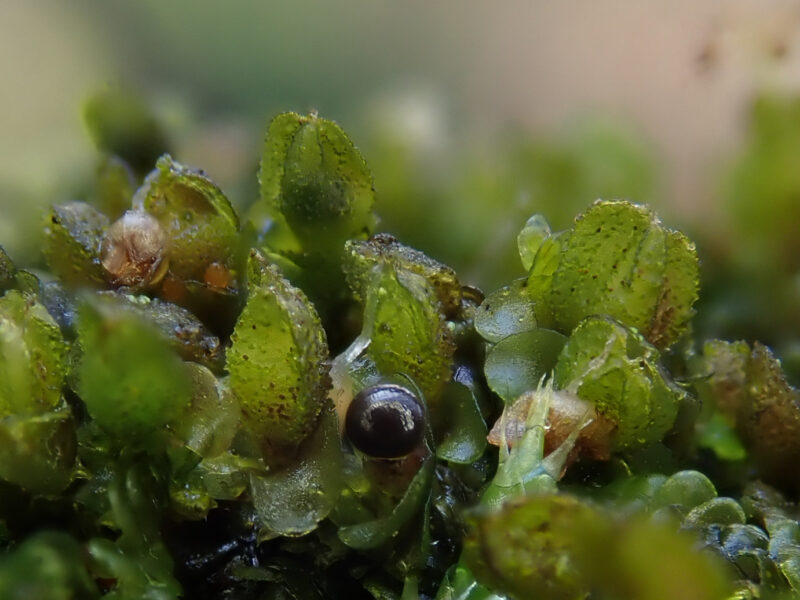 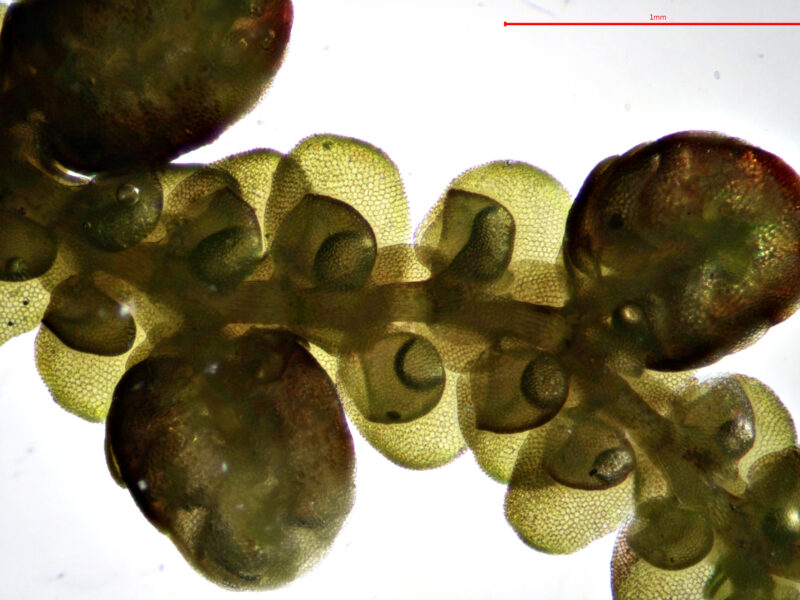 Metzgeria furcata is a thallose, typically yellow-green liverwort, which grows closely appressed to the bark of tree trunks and branches. Thalli are about 1mm wide, have an obvious midrib and – as its common name suggests – are forked.

Metzgeria furcata sometimes produces gemmae on the edges of the thallus, but should not be confused with other gemmiferous species which produce gemmae on specialised branches which (usually) stick up from the thallus.

For more information and to compare the similar species, visit the Metzgeria furcata species page. 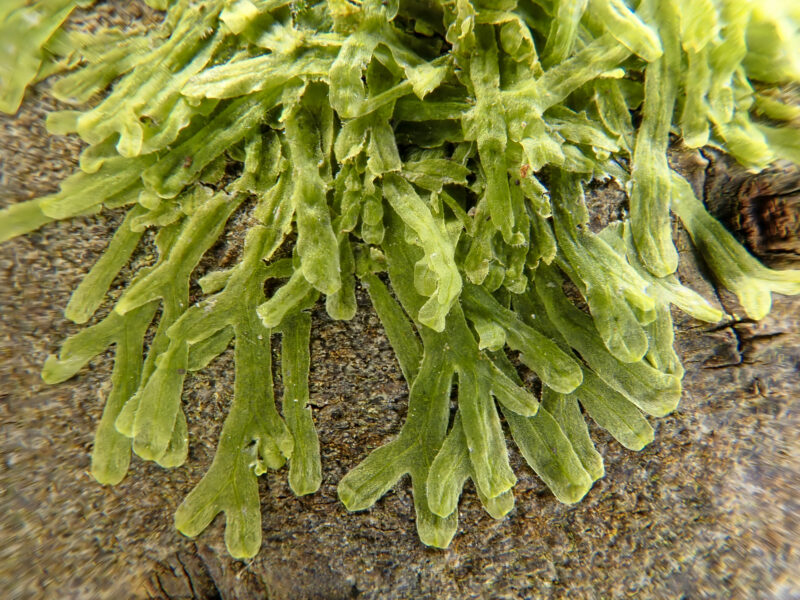 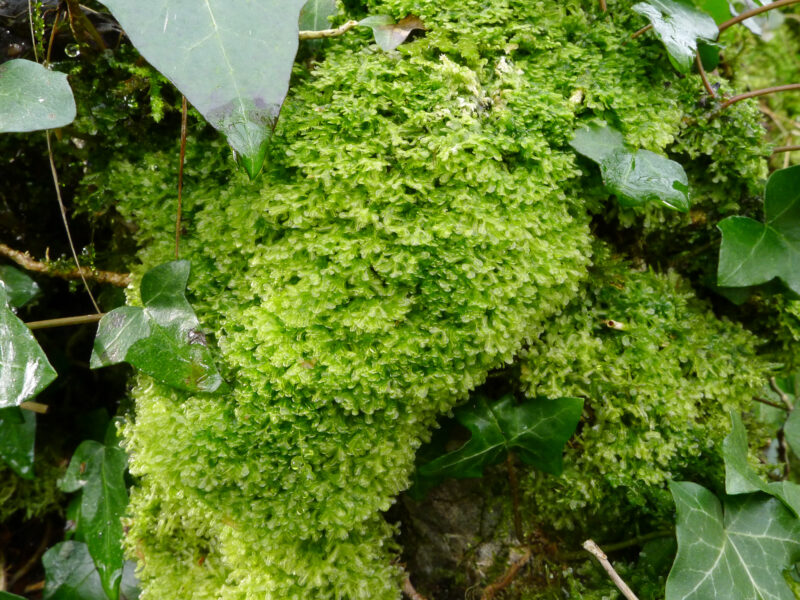 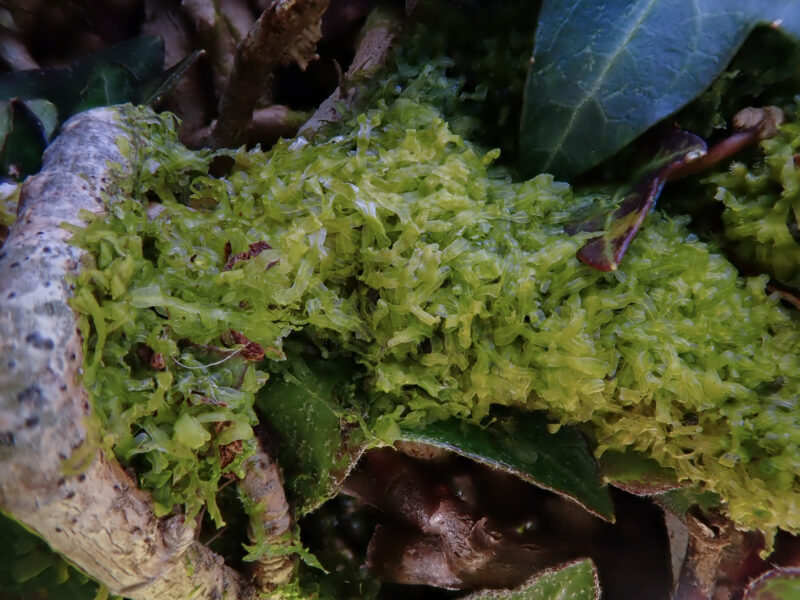 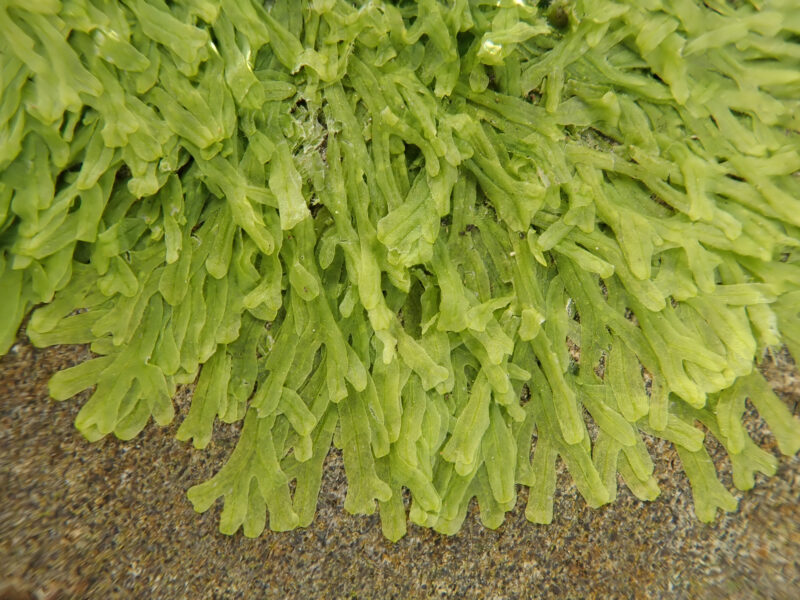 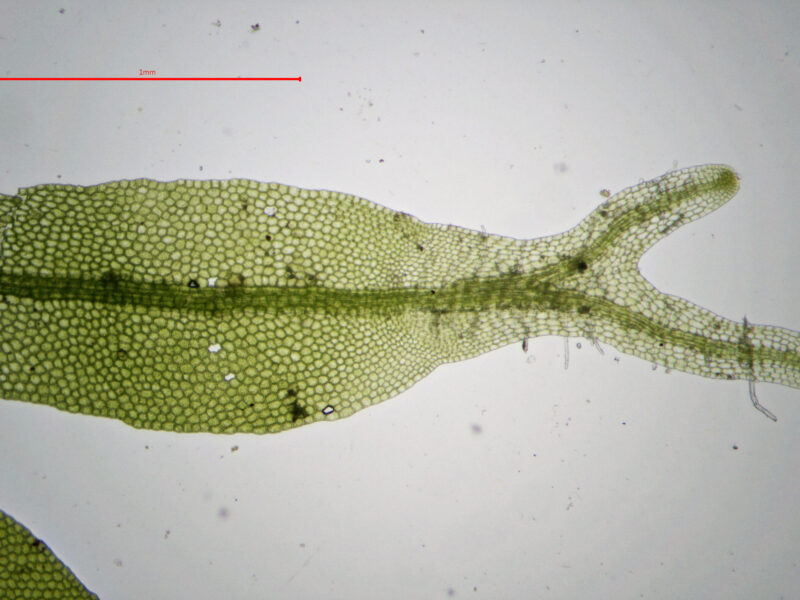 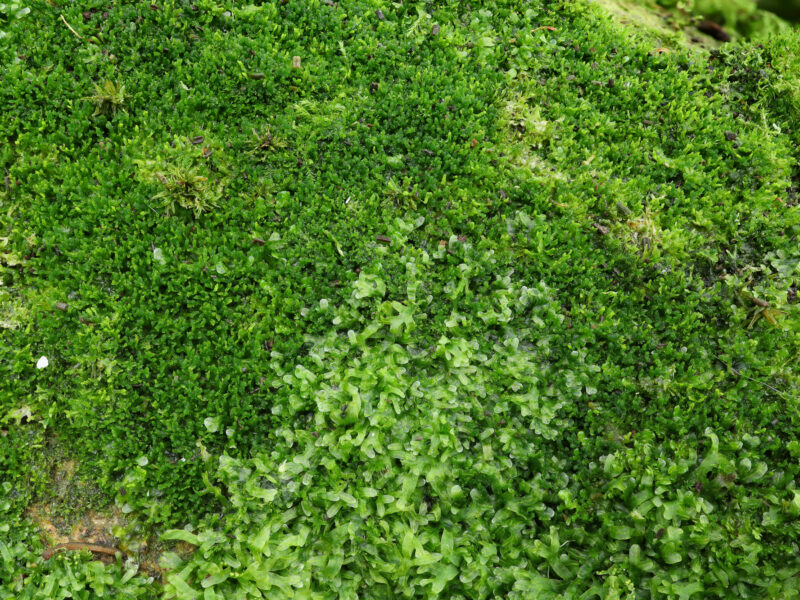